What is American Foulbrood?

Several diseases plague honey bee brood, but none are as destructive as American Foulbrood (AFB). The Texas Apiary Inspection Service identifies Foulbrood as a spore-forming bacteria that grows in the gut of young larvae, which takes nourishment from the larvae and deprives them of the nutrients they need to survive. After the worker bees seal the larvae cells, the infected cells darken and the larvae die. As the worker bees clean out infected cells, they unintentionally spread the foulbrood spore throughout the hive. A strong hive infected with foulbrood can be driven to collapse in less than a month. Foulbrood presents a grave threat to a hive if left untreated.

What are the signs of an American Foulbrood Infection?

Laboratory tests are required to definitively diagnose Foulbrood, but simple field tests can provide strong indicators, One of the most telling signs of American Foulbrood is the darkened brood cells. Healthy brood cells are light colored and have a popcorn-like look to the capping. Infected cells are darkened (sometimes even blackened) and the capping tops are usually caved in. 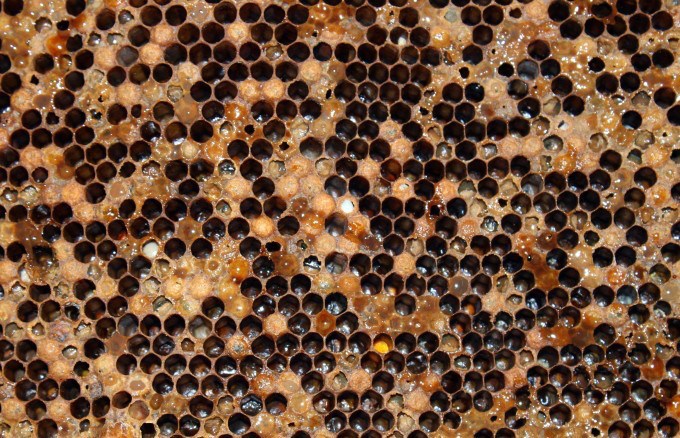 The dark coloration on these cells is an indication of Foulbrood infection. 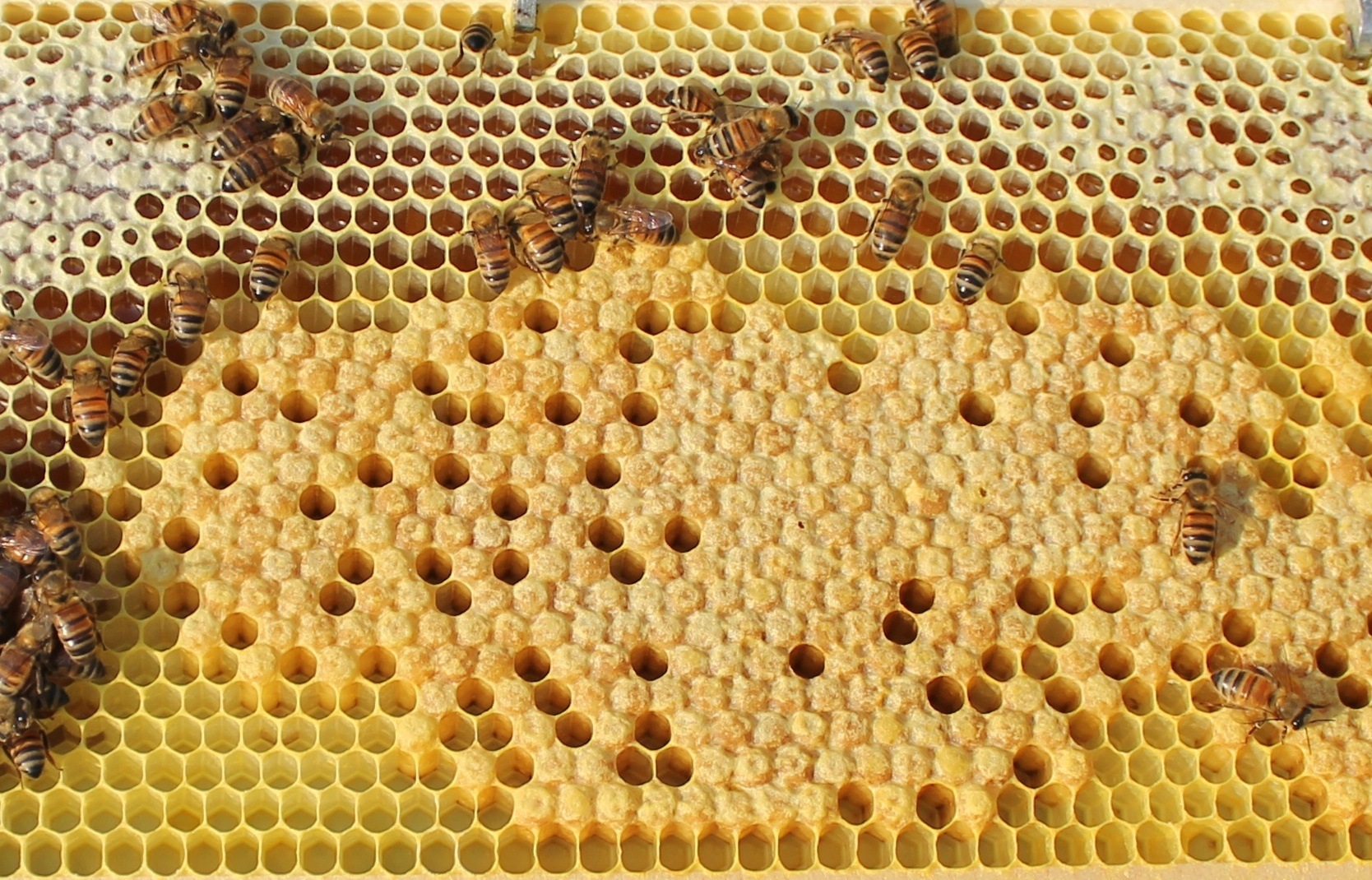 The light colored cells in the middle of this frame are healthy brood cells.

Foulbrood is also recognizable by a sticky substance that appears in cells where brood is supposed to be. If you see such a substance that looks like sickly brood, insert a toothpick or other probe into the cell, and swab the cell. If there is a sticky or "ropey" portion attached to the probe and it creates a "string" between the cell and the probe, the hive is likely infected.

This test is almost always accompanied by a foul-smelling substance that permeates the hive. The Ontario Ministry of Agriculture, Food, and Rural Affairs describes this foul smell as "fishy" or "rotten" that once encountered is not easily forgotten.

Other potential symptoms or signs of foulbrood include a decrease in a hive population or a lethargic hive. If a hive has any or all of these symptoms, it has most likely been infected with Foulbrood and should be medicated as quickly as possible. 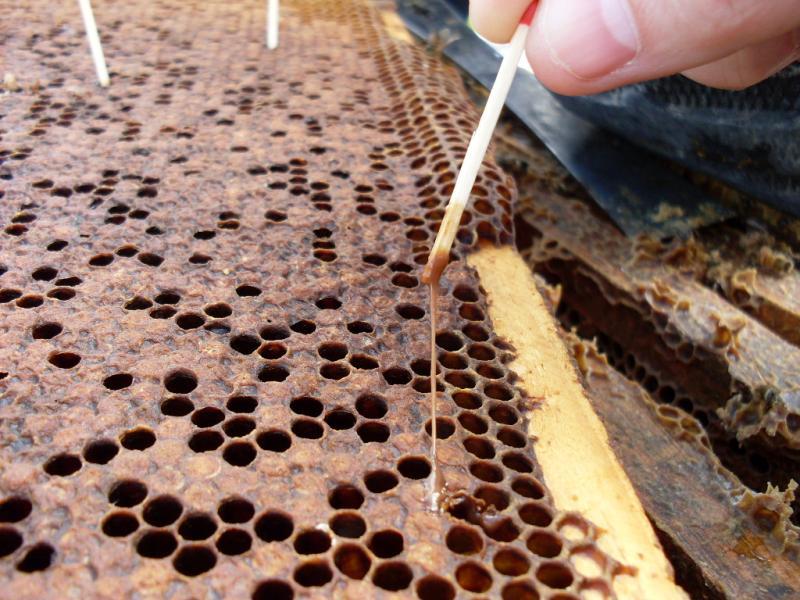 The stringy or "ropey" substance, accompanied by a foul
smell, is a good field test for Foulbrood.

How does American Foulbrood get into a hive?

The Foulbrood bacteria can be introduced to the hive through several methods. As mentioned before, worker bees clean out infected cells and inadvertently distribute the spores throughout the hives as they work. Other methods mentioned by the Skagit Valley Beekeepers Association include drifting bees from nearby colonies attempting to enter the hive, contaminated equipment, and even beekeepers themselves can spread the infection.

​The difficulty in combating foulbrood is twofold: not only is foulbrood bacterium widespread (a single dead larvae can contain up to 100 million spores), but the spores can also remain viable for up to 40 years.

What treatments are available for American Foulbrood?

Treating American Foulbrood is somewhat controversial. Medications include antibiotics such as Terramycin and Tylosin. However, strains of the bacteria seem to rapidly develop resistance to medications, and such treatments can quickly become ineffective.

Dipping parts of the hives in paraffin wax or a mixture of water or bleach also renders spores inert, and can be used to sanitize hives. And while burning the frames, and thoroughly scorching the inside of the boxes is also a method used to treat the disease, many State Apiary Inspectors require that hives infected with AFB be burned, boxes and frames.