Many ancient civilizations have used honey for a wide variety of purposes, though the most common use was for food. It is difficult to put an exact date of when honey came into existence. However, the earliest evidence of honey comes from a rock painting dated about 7,000 B.C. found in Valencia, Spain (see image).

The earliest record of keeping bees in a more organized manner was found in the Sun Temple near Cairo, Egypt. Most experts estimate that the honey found in this temple dates back to about 2,400 B.C. Miraculously, the honey from the inside the pharaohs' tombs was extracted and found to still be edible despite thousands of years of crystallization.  The ancient Egyptians are known to have used honey as a sweetener, as an ingredient in embalming fluid, and as sacrificial gifts to the gods. 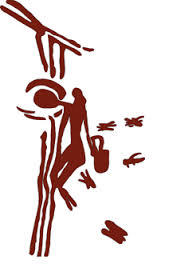 Like the Egyptians, Romans used honey as a gift to the gods as well as healing their wounds from battle. The ancient Greeks used honey for healing purposes as well as food. Early Christians used large amounts of honey and beeswax to produce beeswax candles for the church's use.

Honey was the major sweetener in Europe until the Renaissance when sugar imports skyrocketed. By the 17th century however, both sugar and honey were being used less and less. ​European settlers that travelled to America during this time brought mass-producing honey bees overseas with them and introduced them to the American continent. These non-native honey bees were favored because they produced much larger quantities honey than the indigenous species. Since the introduction of these mass-producing bees, America has become one of the largest honey producing countries in the world.

​Honey is composed of sugars, water, and ash (a beekeeping term used to describe all of the minerals found in honey). Honey bees collect nectar from a variety of flowers and other plants, and return to their hive with their load to make honey. While they are foraging, honey bees will locate flowers and drink the nectar the flowers contain. Honey bees are uniquely equipped with a special organ called a Honey Stomach or Honey Crop, in which they can store the nectar they collect. In order to fill their honey stomach, a single worker bee will visit between 100 and 1,500 flowers. The nectar stays in the honey stomach until the bee returns to the hive. During this process of gathering nectar the worker bees will gain a significant amount of body weight until it deposits it’s load of nectar into honeycomb cells in the hive. 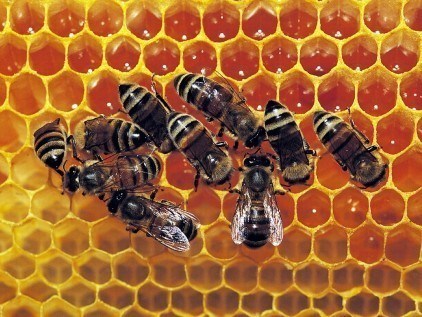 Once the nectar is returned to the hive, worker bees assigned to work in the hive will ingest and regurgitate the nectar until it is partially digested. During this process, various enzymes are added while the nectar is still in the honey stomach. This process is repeated several times until honey is produced. The worker bees inside the hive will then store the honey in honeycomb cells. However, the moisture content must be reduced before sealing the cell in order to defend against molds, fungi, bacteria, and fermentation. Once the moisture content is reduced, the worker bees will seal the honeycomb cell with a thin beeswax cap until the honey is needed. This stored honey is the main energy source for the honey bees, especially during the winter time.

A single worker bee will be responsible for creating only 1/10th of a teaspoon of honey in her life. However, working together, a healthy hive can produce the necessary 120 lbs. or so that the hive consumes every year, as well as a 50-70 lb. surplus.

Honey is one of the world's oldest sweeteners. Despite being around for thousands of years, many people are unaware of the health benefits honey provides. Some of the most major benefits include: 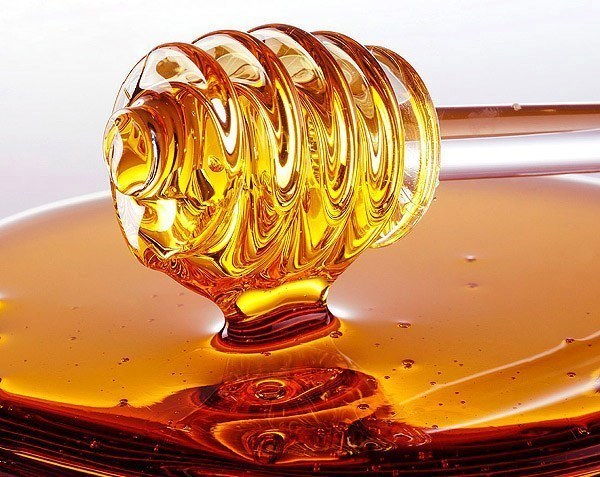 Honey is nature's greatest sweetener and as such can be used in a wide variety of recipes. Through our Honey Chef program, we have created many delicious recipes that incorporate the use of our raw, local honey. We have recipes for all the major meals as well as dessert and even a selection of healthy recipes for those with special requirements. Whatever your tastes or requirements, we have the recipes that will satisfy your cravings!